A Charming Smile, Tuesday Tip and a Contest to Enter! 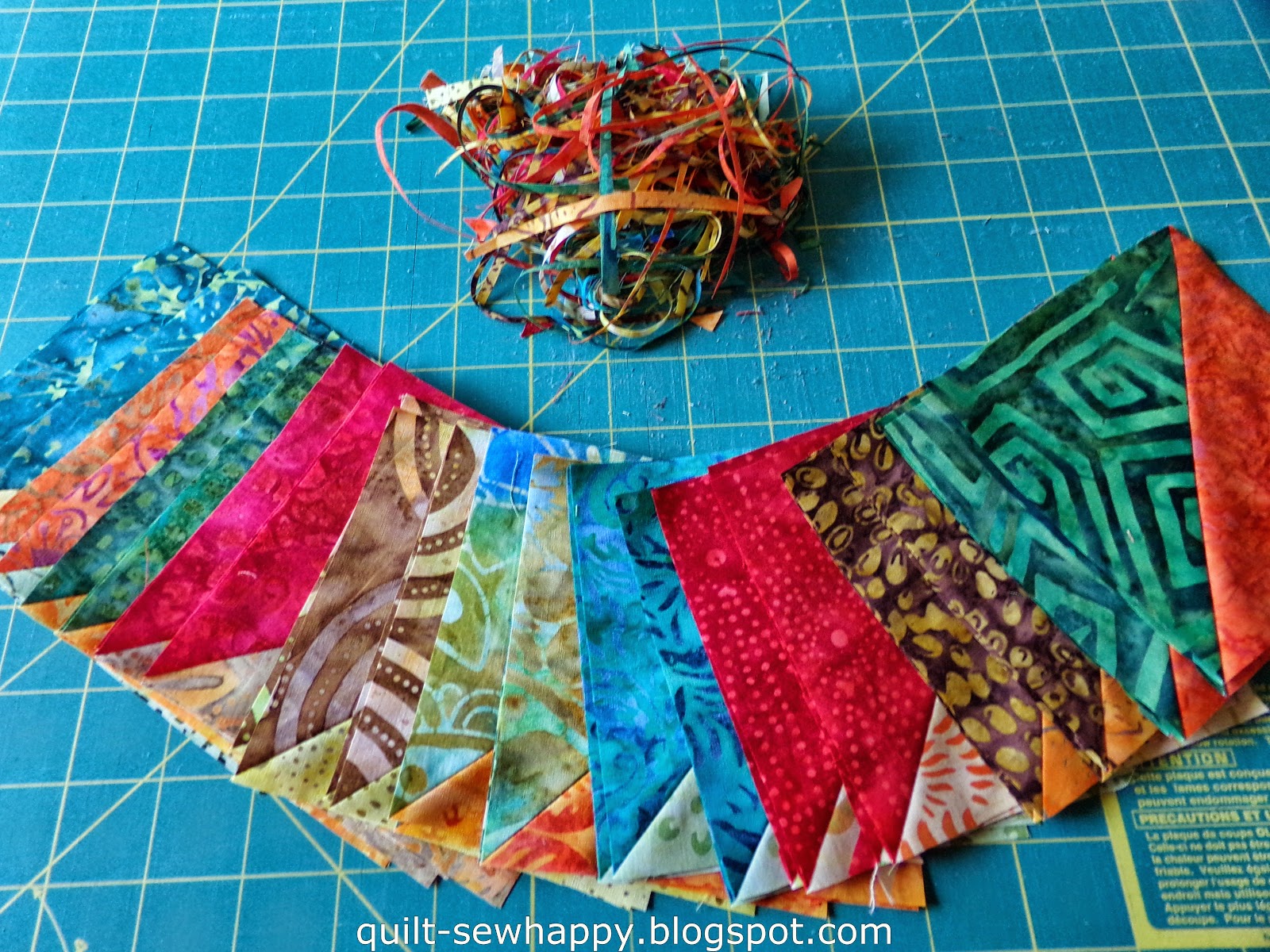 How is everybody today? I am at the tail-end of a four(yes, four) day migraine…not fun at all! The sun is shining, it is fairly mild and I'm talking to you…so a much better day!

Before I was laid low I managed to get my citrus batik HSTs for the table topper all trimmed…YAY!!! Now I get to have fun and play!! I'll get you up to date on that!!! 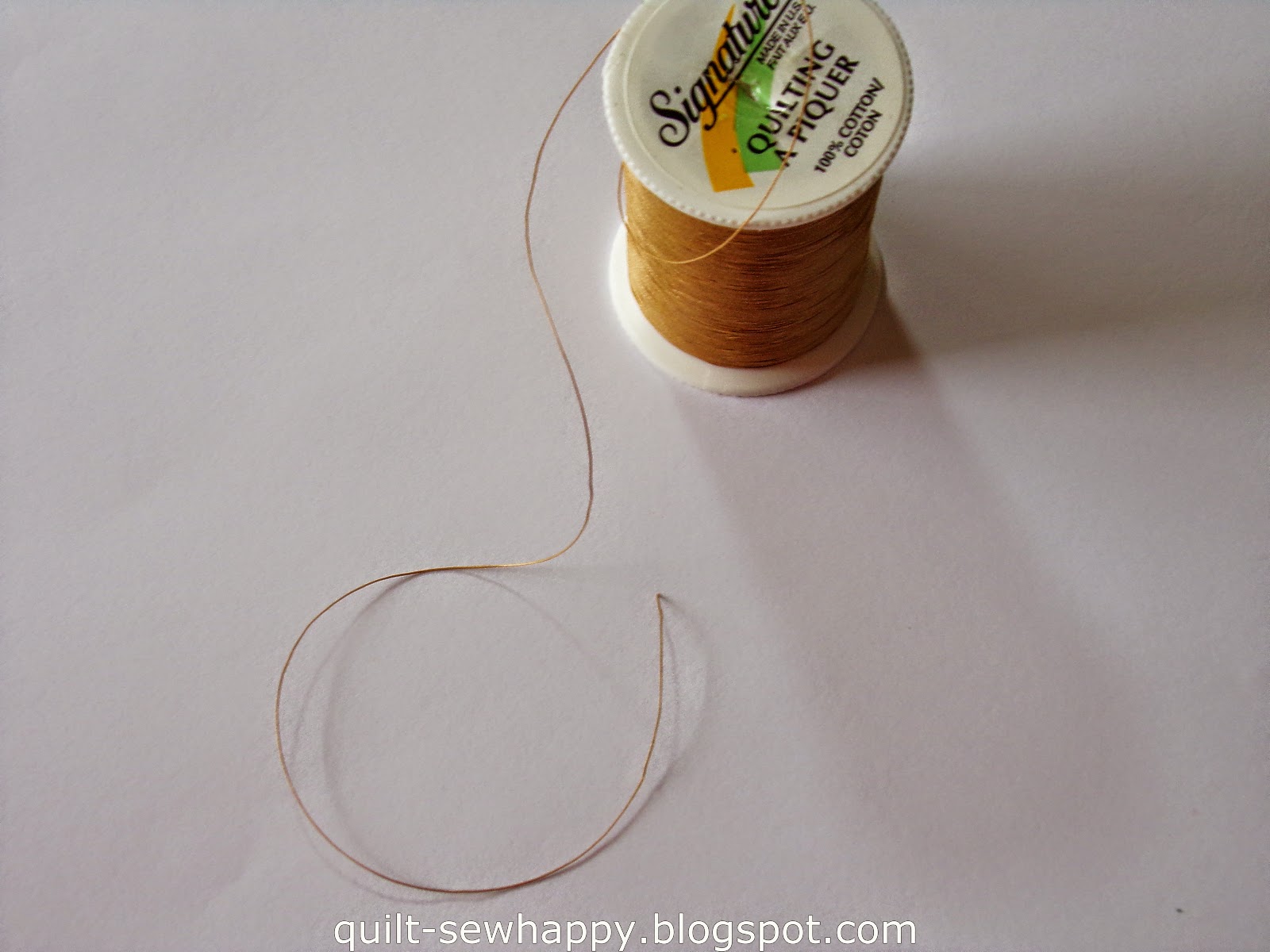 Did you know…Much like velvet and corduroy, thread has a nap?...I KNOW!!!
I only found this out recently…this is after almost 40 years of plying a needle…

When you hold the end of the thread that is coming directly off the spool and press your fingers while running them down the thread, it will feel smooth. Now do the reverse…you can actually feel the difference. 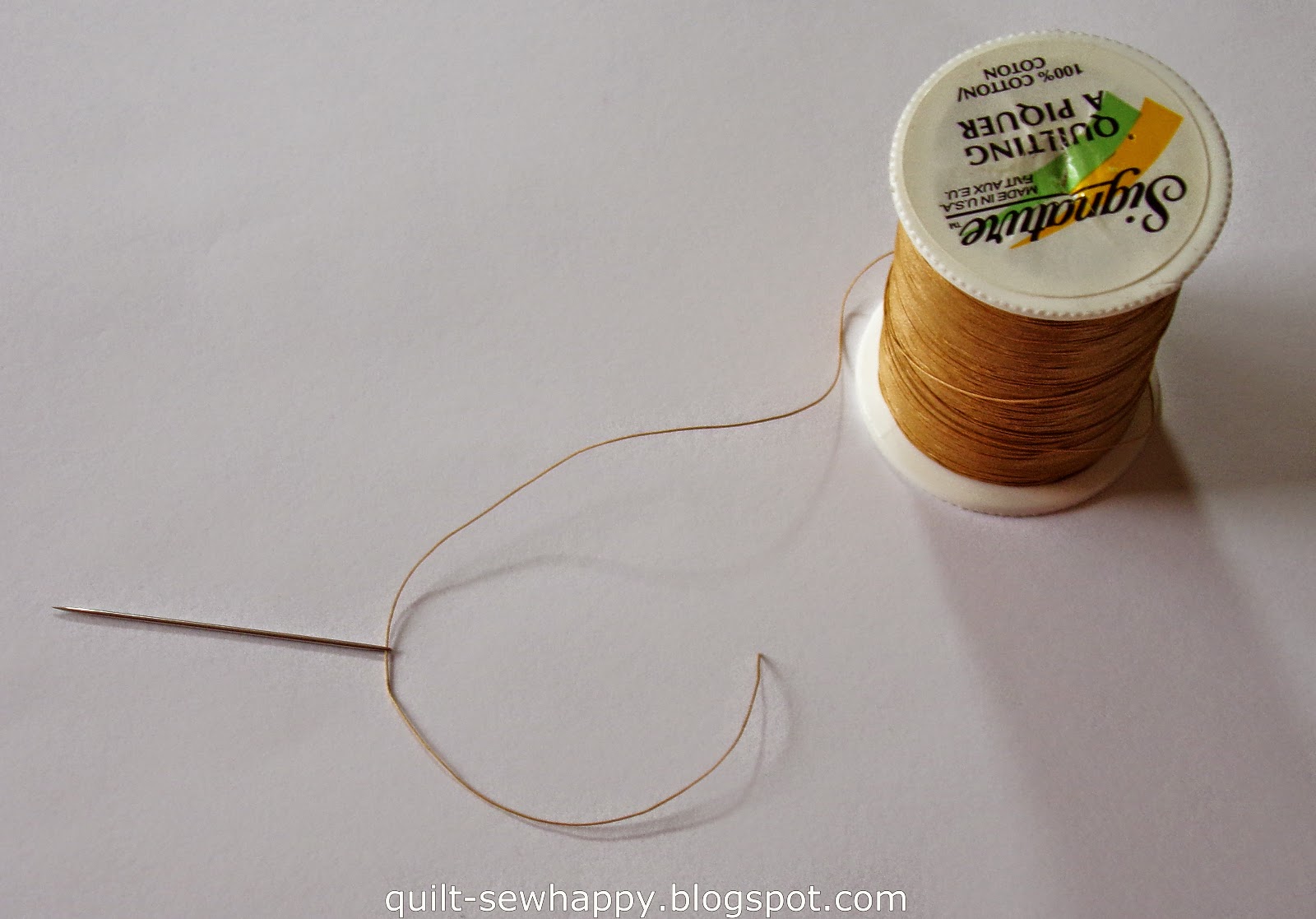 This is an important thing to consider, especially if you do a lot of hand sewing. So, what I do is thread my needle BEFORE I have clipped my length of thread. That way I will remember which tail of thread is which. I keep that end of the thread short and cut at the end of the longer piece. The longer piece will always be on the nap...and the shorter piece will be against the nap…but that is okay as it's the longer piece that I'm concerned with. 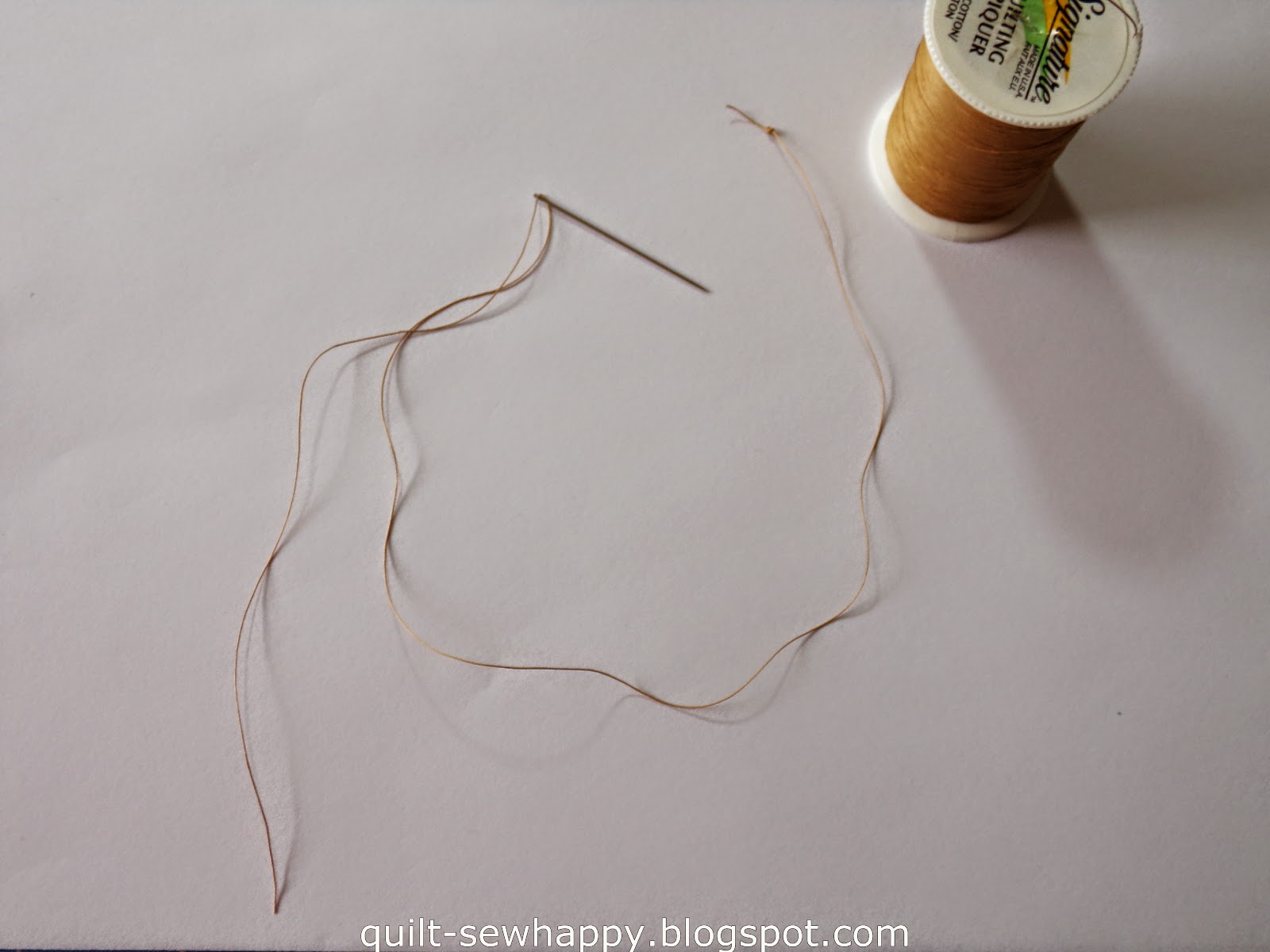 Once I am sure which thread-end is which, I knot the longer end. It really makes a difference! I do a lot of hand sewing at night in front of the TV(will show you in a later post) and can tell you that my thread runs through the fabric pieces smoothly and I rarely get a tangle! Awesomeness!!! 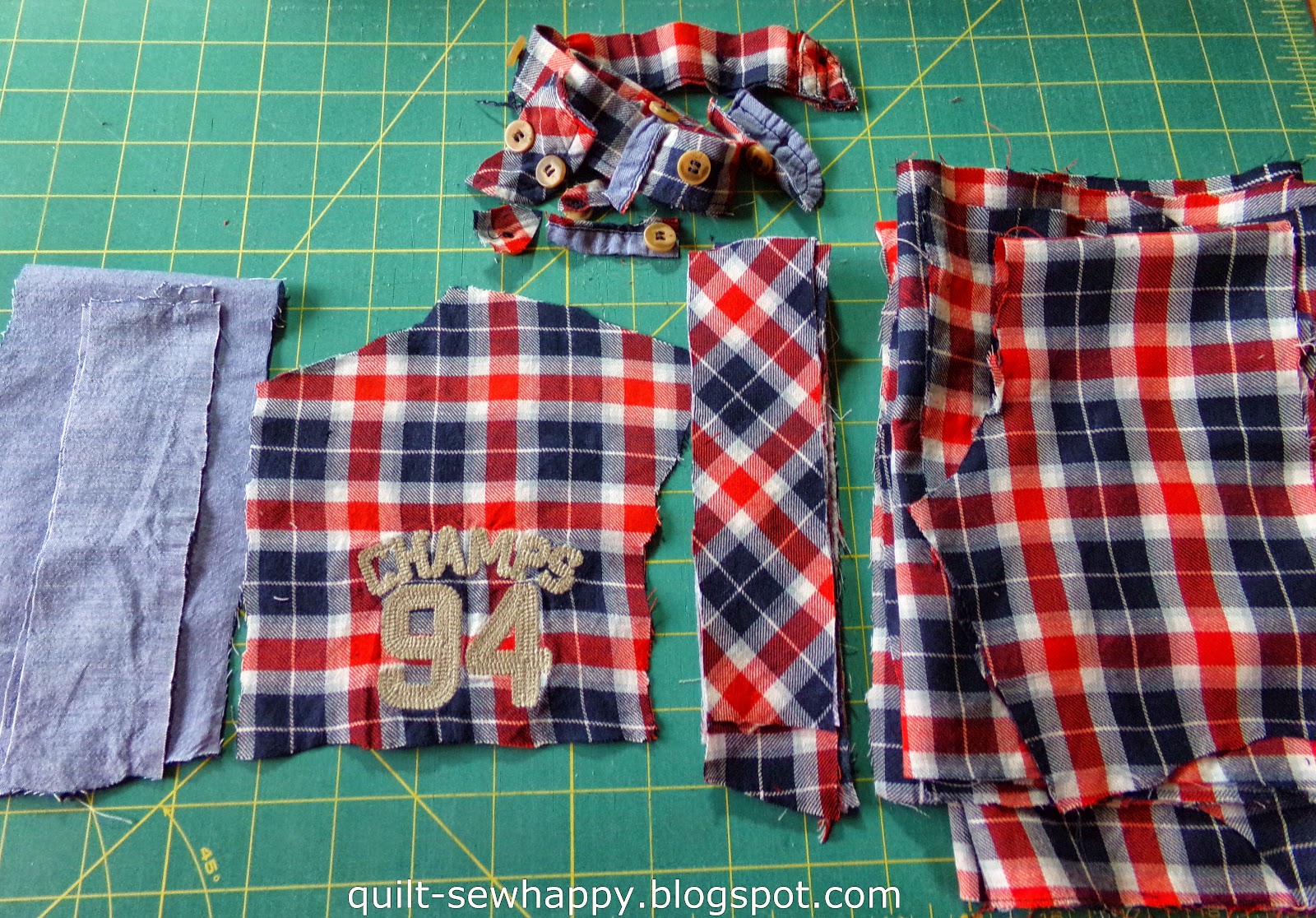 Last night I managed to get another men's shirt cut up…I really have to start removing the buttons from the placket strips…I've got several of them waiting for attention! As you can see, this one has an embroidered logo and I will try to find a use for that. The shoulder yoke and sleeve cuffs were lined in a nice chambray, which was an added bonus.

This was one of the Kid's shirts, a men's size small, so there wasn't as much useable fabric. But, I had originally purchased it at half price from Value Village, it was worn for a year and now I have cut it up for quilting fabric…so it was a super-recycling project, and plus I really liked the pattern/colours. I might give it a bit of a starch treatment as the resulting fabric is a tad thinner than the other shirts I have slated for demolition. 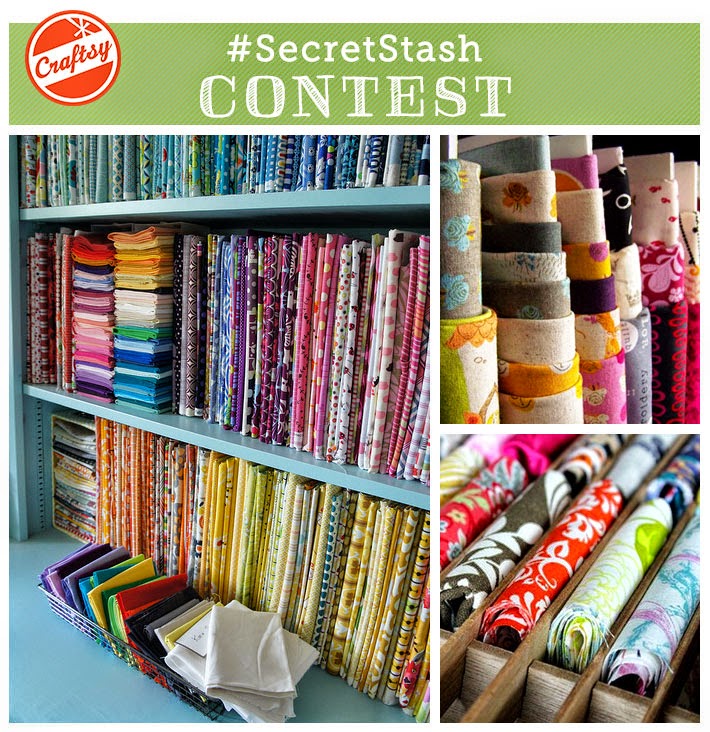 Don't forget to enter Craftsy's #Secret Stash Contest! Prized include a secret stash box of goodies as well as a Craftsy class of your choice! Bonus!!!

Stay tuned as I have new sponsor news AND another giveaway coming soon!

Thanks for reading and have a great day!

I heart Aurifil thread...do you???

Have you joined craftsy yet? It's free!!! check out my latest Sponsor

…or with Bloglovin' here!

if you give a girl a dress you will foster success!! 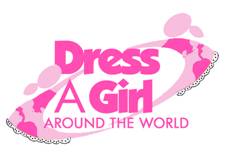 Ebay: The best place to score hard-to-find fabrics and supplies